This weeks work looked at a range of topics surrounding the reality, fiction and the faking of images. The ability for an image to be something else, other than what was shot and its ability to trick the observer was considered. This does resonate within the context of my practice.

I see myself as a hunter, seeking out the reality within nature, but doing so in a way that ‘speaks’ to the viewer. The practices of artists such as Winogrand, Wall and Shore have all reinforced the notion that an image can achieve the status of ‘Punctum’.

I was in London this week and was lucky enough to come across the Mountains of the Moon exhibition held by the Royal Geographical Society at 1 Kensington Gore.

This exhibition is a study of flora and fauna of the Rwenzori Mountains as captured by travel photographer Steve Russell. 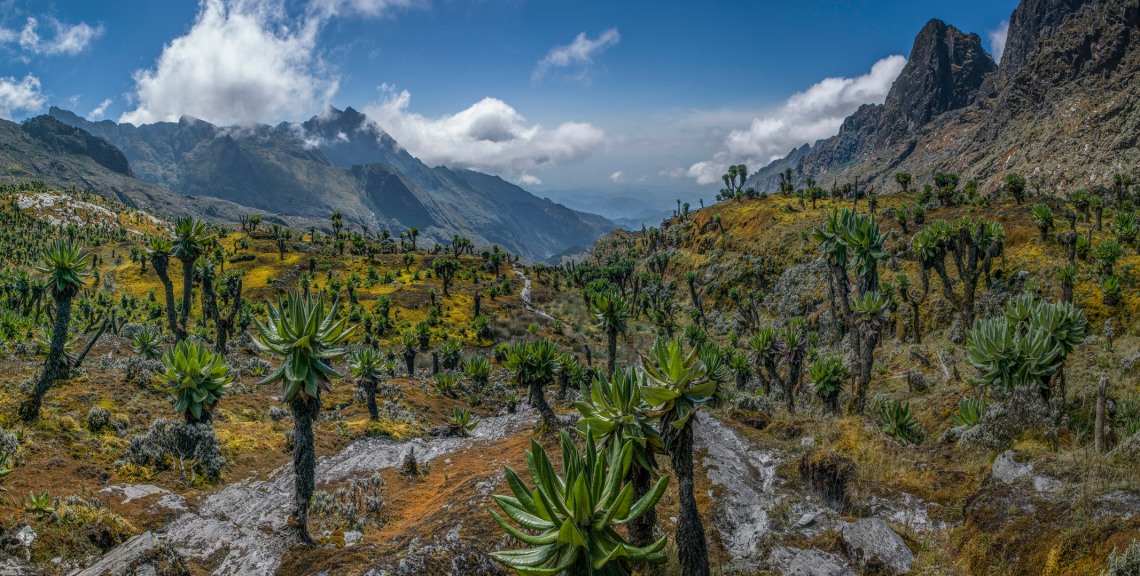 This exhibition had more significant meaning to me as my mother, and other family members all grew up in Uganda and are very familiar with many of the scenes in Russell’s work. My grandad filmed many of these locations as part of his work for the BBC during the 1960s and early 1970s.

I found the exhibition to be very moving. In part due to the family link, proof maybe that some images stand out more when there is a personal connection to them.

Russells ability to capture the scene and then reproduce them in large format prints for the exhibition created a sense of being there. It also created an opportunity to leave the city of London and be transported far away.

Some of the work seen at the exhibition was along a similar line to my practice. When I returned home, I found that snow had fallen and parts of the river were frozen over. I decided to experiment with capturing light from the ice to see what impact I could achieve. 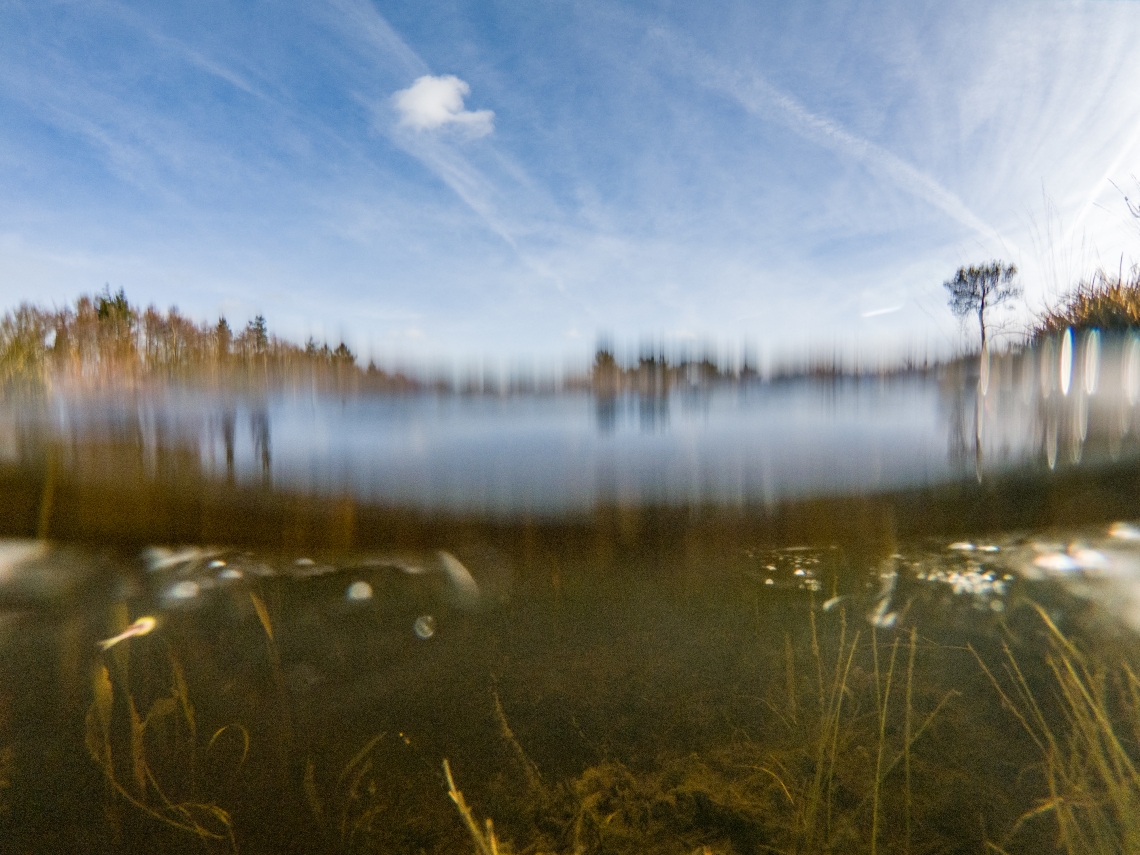 The plan was to have images that referenced the way ice forms on the water and changes the light, hence change the scene underwater. I do not think this achieved the intended result, largely to the use of a low-resolution camera with no proper dive housing,  but it does make a new reference image for use in the future. 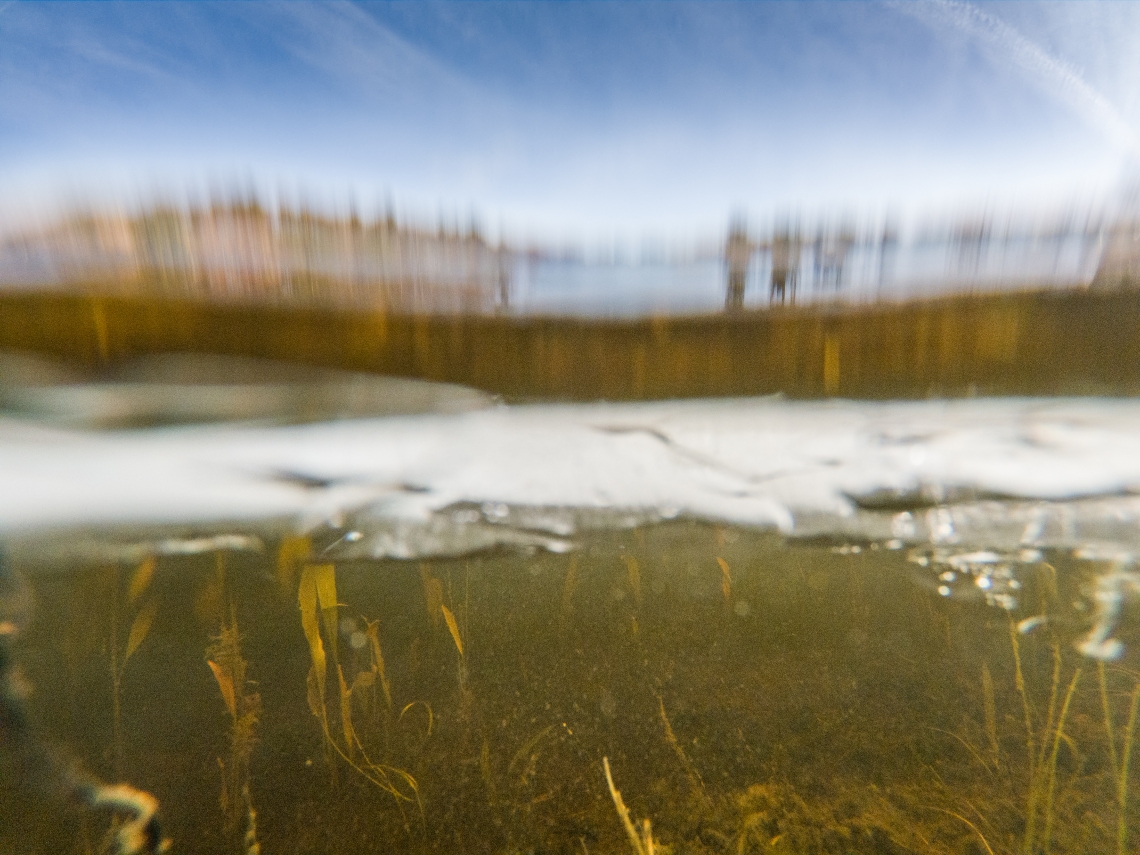 Comparing Figure 3 with Figure 2, I do feel that the first one works better when taken in this context. I do like the ice formation in Figure 3 and feel that if the line of the ice had met the horizon line and tree growth in Figure 2 more centrally, then I would have a much more balanced and focused image.

I do not feel I achieved the hoped-for result here, but have identified that when experimenting with ice and light, it is possible to gain impressive abstract views when considering Shores three primary photographic levels as like Photographs.